Bentley was a racehorse at Gary Alexander Racing Stables, where I worked from 1998 to 2014, at Turffontein Racecourse,in Johannesburg.  He is a grey gelding, standing approximately 16.3hh, and was born in 2007, at Summerhill Stud in the Kwa-Zulu Natal Midlands, South Africa. He is by Kahal (GB), a son of Machiavellian, who was a son of Mr Prospector. Bentley's dam is Absolut Star, who was by Salaadim. Bentley's 3rd dam, Perseid, was a daughter of Persian Wonder, who is well noted as a sire, and grandsire, of many international level show jumpers in South Africa. Bentley raced 8 times (7 starts at Turffontein and 1 start at the Vaal), but was never placed, even though he showed a lot of promise in his first start, finishing just 3.75 lengths back.
He was a very angry colt as a youngster - very difficult to break in and exceptionally unruly at the track. Bentley preferred to be ridden only be one specific groom, otherwise he would behave very badly, and regularly bolt blindly towards home. He was thoroughly checked by a top veterinary practice for any problems which could be causing the extreme behavioural issues, but they could findnothing amiss or wrong with him. He used to charge, bite and kick in his box - that was his "territory", and visitors were not allowed inside. He was an absolute nightmare to saddle up on racedays, thrashing about and lashing about in every direction - not so much fun when you have to reach down to fasten the sircingle! He was gelded fairly early on, but it hardly made a difference to his behaviour; he was still 16.3hh worth of explosion waiting to happen at any moment. There was a young student who spent 6 months with us, doing work experience, and she decided to try and win him over. She spent hours standing at his stable door, cooing and soothing, as you do, and she definitely made a little progress with him, but he was never a friendly chap.
One morning down at the training tracks, he dropped his rider over his shoulder during a gallop and proceeded to bolt home. But not on the normal path. He chose the direct route, through all the rails and fences; 4 metal racecourse rails, and 2 post-and-rail paddock fences. He was badly cut up mangled mess when we caught him, and his light grey coat was stained with blood. But after washing him down, and stictching up multiple gashes and wounds, we realised that there were no serious injuries, and the cuts were mostly superficial.

Bentley became very sour after that, and he got a reputation for being a bit of a "rogue" in the jockey room. That meant we battled to get jockeys to ride him in races, as they were justifiably wary of his unpredictable behaviour. He raced 2 more times, where we even tried to soothe him with a "raceday pony", but even that did not calm his wayward antics. We realised at that point, that he just did not want to be a racehorse, and he was retired from racing, but we were worried about where we would place him, post retirement. Difficult horses can often end up being passed from home to home, and can end up in some undesirable circumstances, which we certainly do not want for any ex-racehorse.
On the strength of his pedigree, we offered Bentley to our equine dentist, Wayne Dale, who decided to take a chance on him, due to the proven jumping lines in his bloodline. The idea was that he would be Wayne's new young show jumping prospect, and he was quite excited by the idea. Wayne brought his then-12yo daughter Cara, to the yard, when he came to collect "Big Ben". They arrived with a 2 berth horsebox, which racehorses are notorious for not wanting to load into! (And let me just add here, that we took a very long time to teach Bentley to load into the starting stalls, and getting him onto the treadmill was completely out of the question!)

We were all standing chatting about Bentley's pedigree, next to the horsebox, when out of the barn walked Cara, with an undeniably meek-looking grey gelding on nothing but a halter. Cara knew nothing of his bad behaviour, and when she had taken his lead rein, he'd instantly gotten a soft look in his eye, that tense neck relaxed, and they had a obvious connection immediately. She took him to the horsebox by herself, and we all stood watching in disbelief, as he just walked into the box without even a moment's hesitation! Cara and Bentley seemed to click from the very first instant that they interacted with one another. It was quite a sight to see, I must admit, and I recall the moment often. Wayne realised right there and then, that Bentley was not going to be his horse!

Wayne has reported that he has been a sweet, kind and very agreeable horse, since the day he arrived in their yard, and Bentley has bonded with Cara beautifully! All his negative behaviour and wayward ways have disappeared completely. They go to show jumping shows together, jumping in the lower classes for now, and he is relaxed and very willing to do whatever Cara asks of him.

***This is a very good example of how the intensity and stresses of being in a racing yard, sometimes just does not agree with certain horses. They often lose their aggression and bad behaviour, and even vices, as soon as they are removed from that environment. Please keep that in mind when looking at OTTBs.


This is Bentley posing for some photos on 5 November 2012. He was very difficult and tense, dragging his handler around defiantly! His last race had been on 23 October 2012. 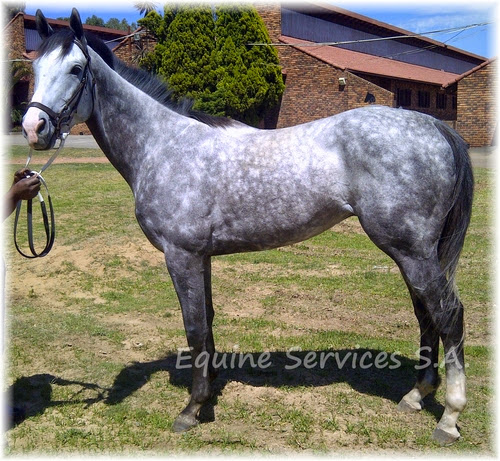 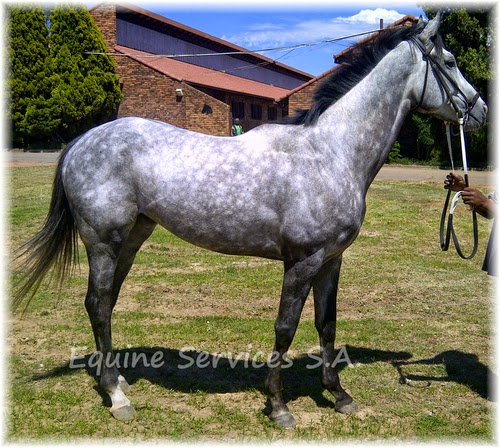 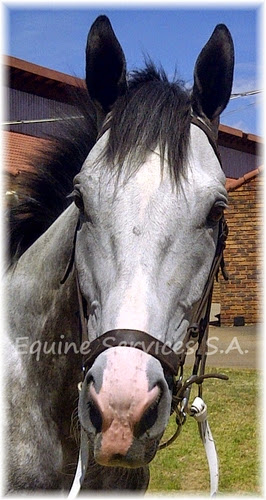 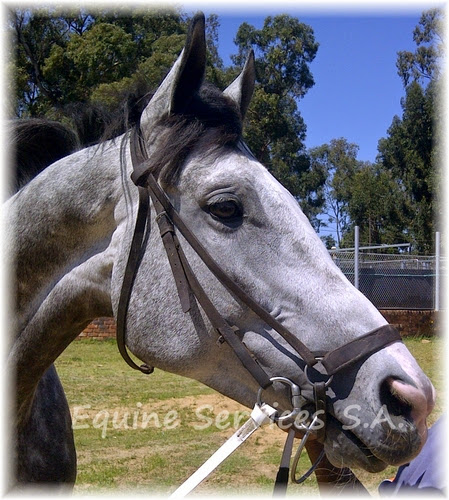 He wanted no part of the silly photo session! 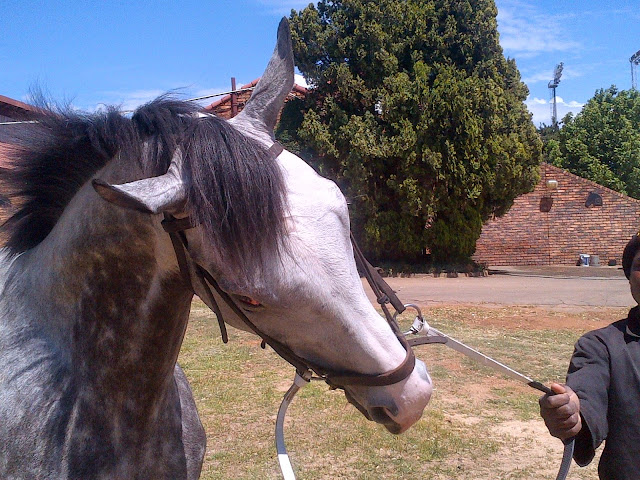 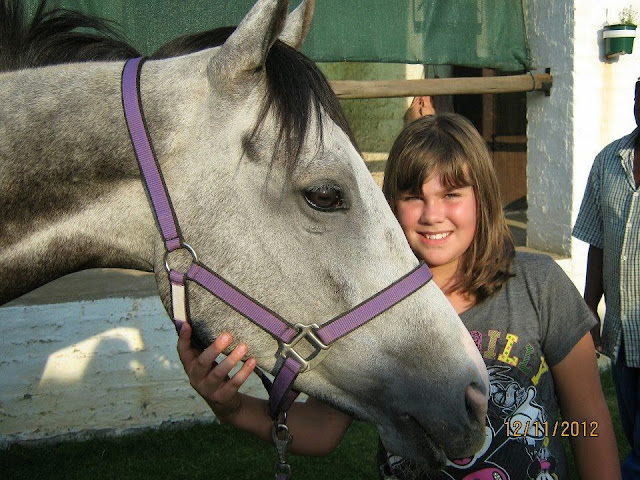 In May 2014, Cara and Bentley went to their first show. Her Dad Wayne had this to say:
"Bentley and Cara's first show. Although very green, he is showing good promise." 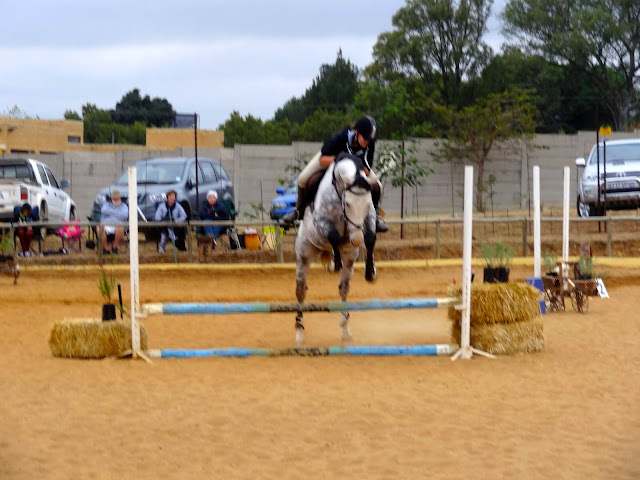 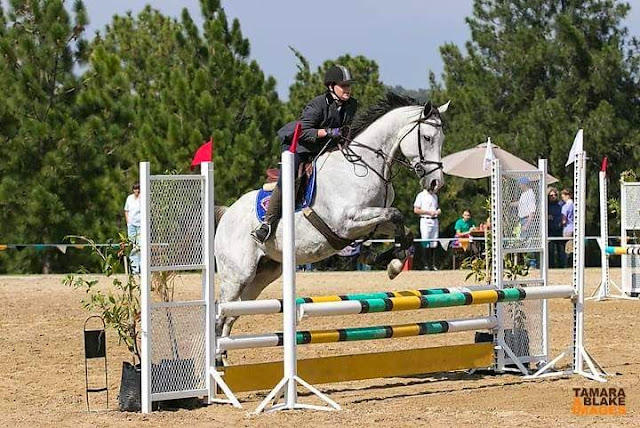 This is a photo of Cara and Bentley in April 2015. The soft expression on Bentley's face tells you everything you need to know! I am SO proud of what these two have achieved together so far. 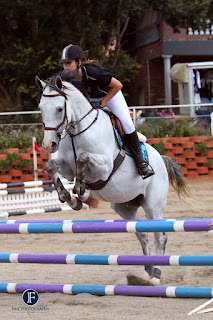 Bentley competing at Penbritte Equestrian Centre in March 2017. His form and technique over the fences have improved considerably. They make an incredible team together! 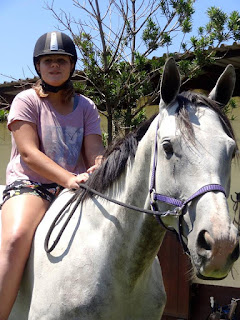 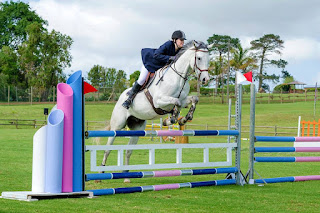 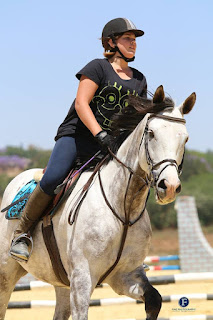 Posted by rubyclipper at 9:57 PM